The woman, the dragon, and the two beasts

The first figure John describes is a pregnant woman who is under attack by a great red dragon. The dragon is identified as Satan. We are told that he is the leader of a group of angels who rebelled against God.  The woman, probably representing Israel, is taken to a place of safety in the desert while the war in heaven is fought. When the enemy loses the battle in heaven and is cast down to earth, he pursues the woman. When he is unable to reach the woman, he goes off “to make war against the rest of her offspring—those who obey God’s commandments and hold to the testimony of Jesus”. 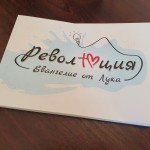 How to Raise Non-Selfish Children in a Selfish World

The venom of the serpent

Listen to what I tell you